Ah, Australia. Home of kangaroos, animal fanatics, that weird stuff called vegemite, boomerangs, and deadly spiders. Everything there, even the invasive rabbits, has evolved to tear humanity a new one. Kangaroos can drown dogs and cuddly wombats can smash one's head with their rear ends. HOW could this place get any more hardcore?

Actually, that's not a lion. It's a Thylacoleo carnifex, a giant carnivorous marsupial that dominated the Australian food chain for a very long time. T. carnifex was about the same size as a small lion and could climb trees like a leopard. There is a high chance that it saved some of its kangaroo meat up there for later like a leopard, too. It lived during the Pleistocene, i.e. the era of huge mammals.

For those of you wondering how we know this was a marsupial and not a big cat, dentition is still the main way of determining mammalian evolution. Marsupials have a distinctive dental formation regardless of what they eat. The teeth on T. carnifex were not like those of a modern felid. 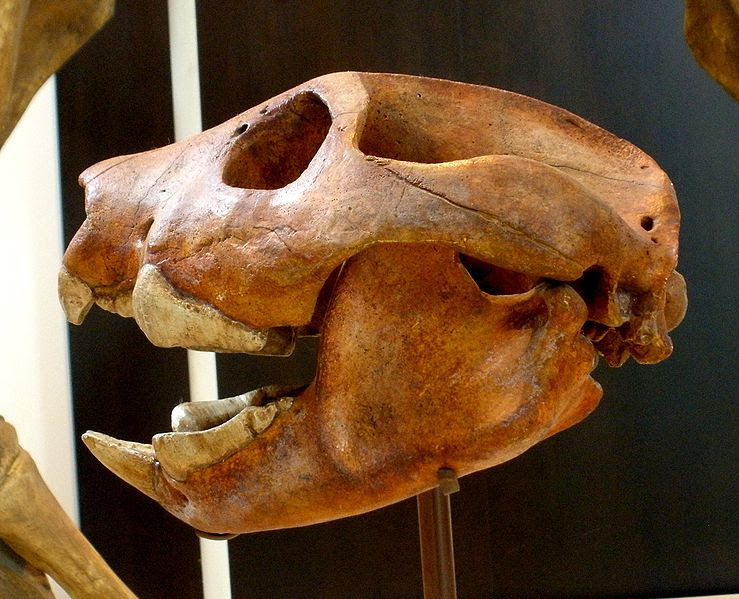 Thylacoleo definitely had a nice set of teeth. Hooooooo boy did it have teeth. The marsupial lion had the strongest known bite of any mammal. It weighed half the weight of an African lion but had just as powerful a bite, making those jaws the strongest of any mammal, living or extinct. It is considered the most specialized mammalian predator in existence, sporting more than just the cool teeth. 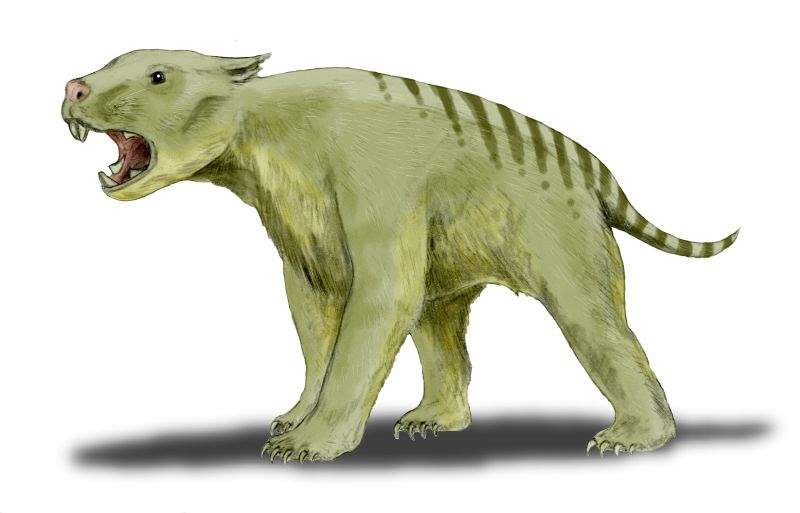 Like most modern cats, Thylacoleo also had retractable claws - a unique feature among marsupials. It also had semi-opposable thumbs to help it grasp and capture its food. Special bones in its cervix allowed it to 'tripod,' i.e. stand on its hind legs to slash and grab its prey better. That's not a cat - that's almost a furry. 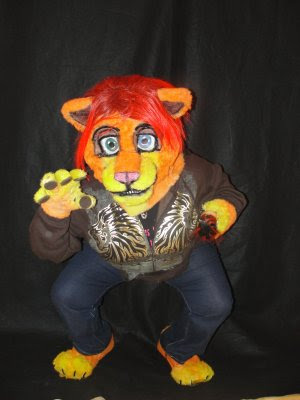 What happened to these badass psuedo-cats? In a word, man. Men not only hunt giant beasts for fun and profit, but they deprive other giant beasts of their food sources in doing so. There will be a recurring theme of "when humans come around, the megafauna dies" this week. A shame this guy had to go; the way things were going, we could have had marsupial Na'vi. At least they were immortalized in Aboriginal cave drawings. 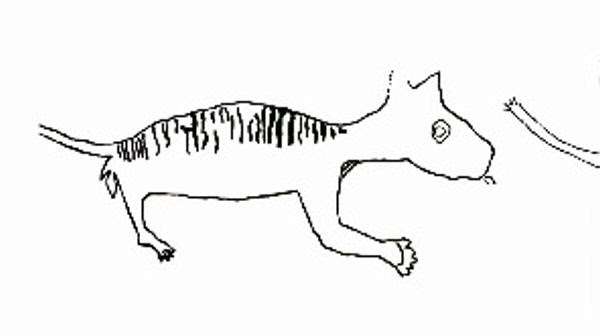 Marsupials used to be more than just kangaroos and koalas. A lot of them were more like the Tasmanian Devil, the only extant carnivorous marsupial. Most of them were considerably larger than their modern counterparts. Even though the Marsupial Lion was not a real lion, get in the car. Or at least get a spear.
Posted by KuroKarasu at 7:18 PM