Rhinos already look like something out of the past. They have tough skin. They're massive. They look just plain intimidating with those horns. They are built like tanks. Go figure there were a lot of rhinos and rhino-like creatures before mankind took over the world.

Brontotheres were not rhinos (Yes, the ancient rhinoceroses are pretty cool, too, but this isn't about them.) They were rhinoceros-like relatives of the horse that have a very well-preserved fossil record in North America. Like guinea pigs (O.o;?!) they had four toes on the front legs and three on the back.

The title beast, Brontotherium, was one such genus of rhino-ish creatures. They stood 2.5 meters (8.2 feet) tall at the shoulder and lived until the end of the Eocene. They preferred soft leaves and stems to tough vegetation. This restrictive diet and general inability to adapt to a changing climate ultimately led to their extinction. 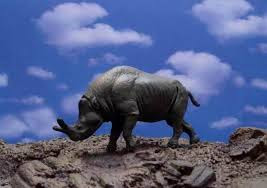 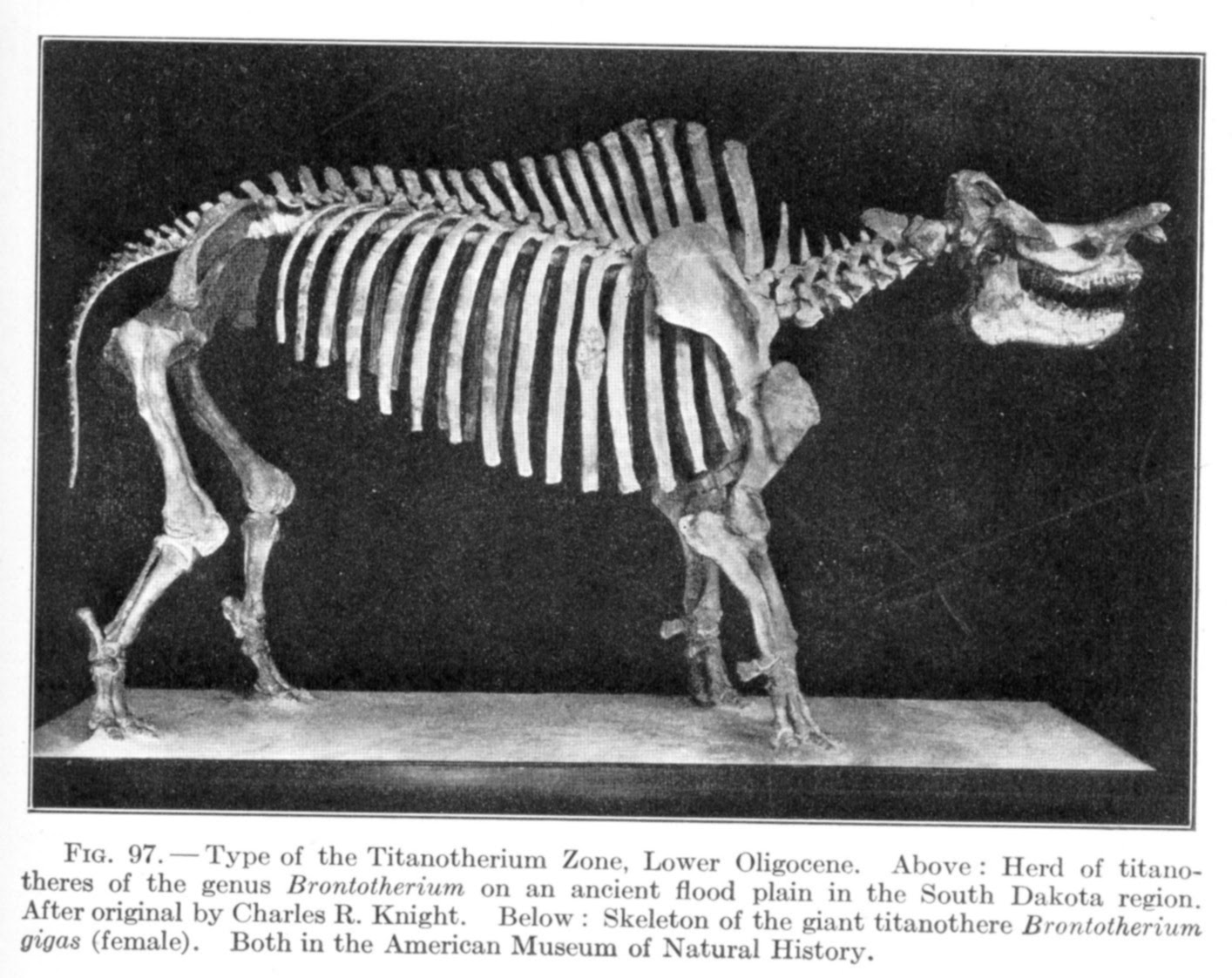 Many Brontotherium fossils have been found in South Dakota and Nebraska - where, again, there is very little else. When storms washed up these fossils, the Sioux Indians thought that they belonged to massive horses that produced thunder by running over the clouds. The brontotheres found thus had actually been killed by the eruptions of the (volcanically active) Rocky Mountains. Damn humans, only coming around when all the cool stuff was done!