Sorry, sorry, sorry. Not enough people wanted to do theme weeks while I was gone in Rome, then Turkey. To make up for it, I will be doing a whole month's worth of theme weeks, starting with Prehistoric Mammal Week on Monday (jet lag not withstanding).

What? Mammals can totally be cool. Prehistoric mammals in particular tend to be shunted to the side in favor of dinosaurs, but they really are just as intimidating as good ol' thunderlizards. This one, for instance, would cause even the most vicious Tyrannosaurus to think twice: 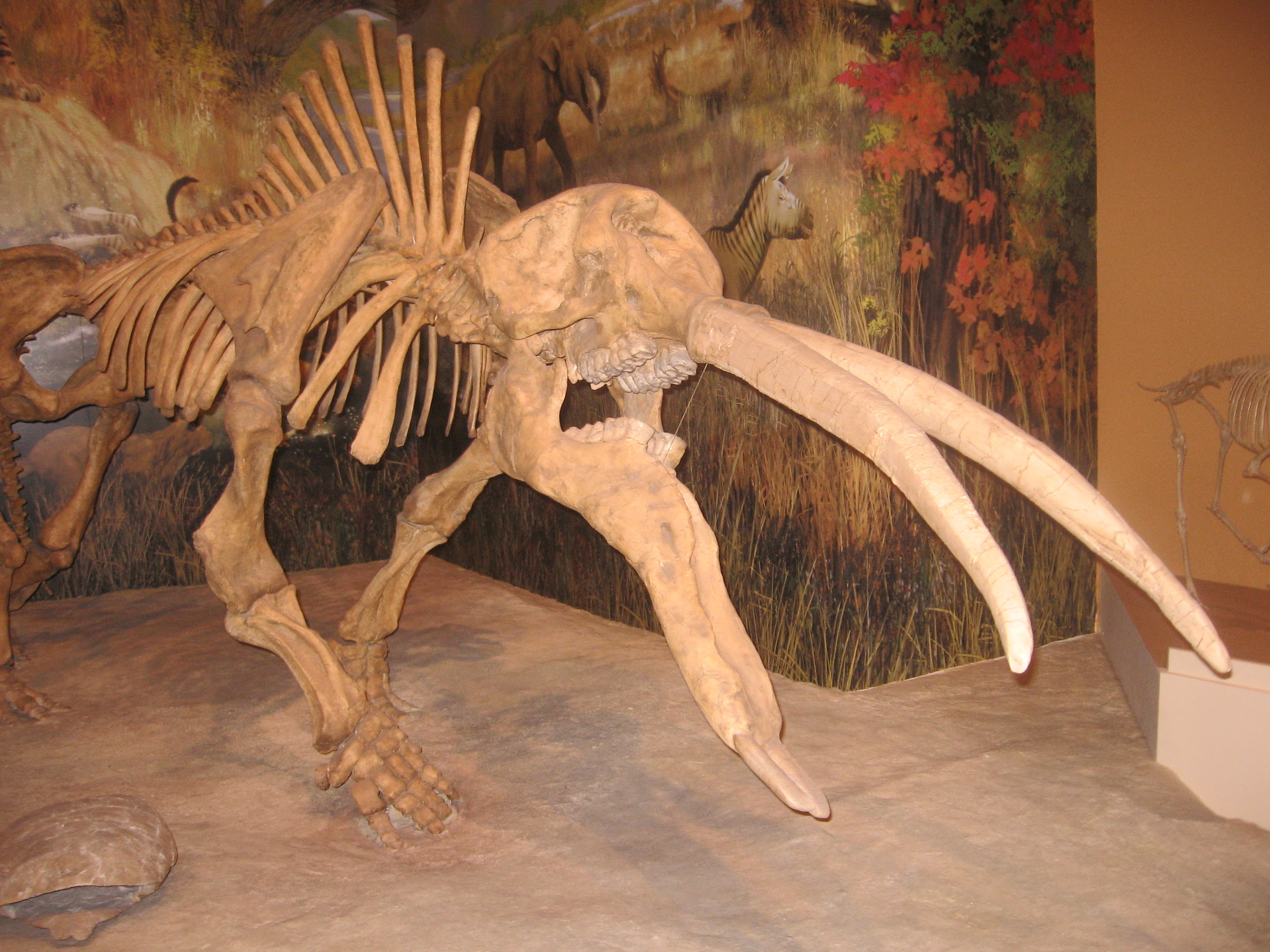 Circus fans, say a big hello to Gomphotherium, an ancient relative of the modern elephant. He's 3 meters tall at the shoulder, sports four tusks, and can skewer a human like a piece of meat on a kebab. We do not know if he likes peanuts or not, but we are not particularly keen on finding out.

In all seriousness, Gomphotherium was an herbivore. Like the tapir, it had a short trunk and fewer molars than other elephants. Its lower tusks were probably used as a shovel to scoop up vegetation from swamps and lakes. It died out in the Pliocene.

Gompotherium has been found in many places, including Kenya, Tennessee, France, Kansas, and Pakistan. Who knew that Kansas had something badass?