"They Actually Eat That:" Horse.

They get stranger every rerelease...

Apparently there's a new My Little Pony movie (series?) out that has driven some people up the walls. What they fail to understand is that every little girl goes through a 'pony' or 'horsey' phase, so Hasbro marketing the girly counterpart to Transformers to the latest generation was inevitable. The horse has also been very useful to mankind throughout history, so there is certainly nothing wrong with having an interest in horses.

Oh, and horses are also food.

In every country in the world except the United States, horses can be consumed as food. Many cultures have it as a meat in the 'gray area,' meaning that it's not illegal, but not necessarily good, either. China, Mexico, Russia, Italy, and Kazakhstan are the five biggest consumers of horse meat in the world and have absolutely no qualms about eating Seabiscuit. That horse head in Godfather would not have been hard to come by at all. 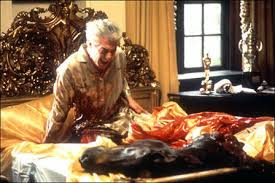 And why not eat horse? The meat is far leaner than beef and much better for oneself. Horses do not produce as much meat as cattle, but what they do make is high in protein and lean in fat. Horse parts can also be used in gelatin, so if you like Jell-O, sorry. One has to do something with a dead horse besides beat it.

Many cultures either place horse meat on its own altar for ritual slaughter or as low as dog food. Deities such as the Roman goddess Epona received sacrifices of horse meat, and the Nordic peoples sacrificed horses regularly. These both went out of fashion after Christianity took hold, leaving "well, what else would you do with a dead horse?" as the main excuse to eat horse meat.

Until recently, it was legal to at least sell horse meat in the United States. The last horse meat plant in the U.S. closed in 2007, resulting in several wild horses being set free in Illinois (thanks). The banning of horse meat after '07 has created a squeezed sausage effect in North America; Quebec farmers eat horse meat, and Mexico is the second largest producer of horse meat in the world. Give us yet another reason to go south of the border, why don'cha?

So, if you are one of the many that hate My Little Pony now, head down to Mexico and grab yourself some horse meat. It's legal there.

Posted by KuroKarasu at 3:57 PM

Email ThisBlogThis!Share to TwitterShare to FacebookShare to Pinterest
Labels: equines, mammalia, perissodactyls, They Actually Eat That