"They Actually Eat That:" Reindeer.

This is one "They Actually Eat That" that should not be. Nobody should be surprised that people can and do eat reindeer. They're just a different sort of artiodactyl herbivore, and we eat plenty of those. Absolutely nobody should be shocked that some people living up north have found ways to eat reindeer.

Reindeer have been hunted by humans for a long time.  We are talking since the Neolithic (i.e. New Stone Age) at least. Scandanavian, North American, and Russian hunters have been the main predators of reindeer since humans moved up into the cold climates from Africa (why, I still don't know). There are certain sites in Norway being designated as national monuments for their ancient reindeer traps. Hell, people in Quebec even used to drink reindeer blood with liquor!


Then a can of reindeer meat makes it into a London store, and all hell breaks loose with animal rights activists. This farmed reindeer pate is marketed as a Christmas delicacy and a "Farm-raised relative of Rudolph." British PETA argues that reindeer get very, very stressed on farms, and thus should not be made into pate. Reindeer herders are usually nomadic, true, but one would think that ages of handling reindeer would have taught us a thing or two.

So let me ask these activists something: Do you object to regular venison on the same counts? Sure, meat is still meat, but something tells me that the positive connotation of reindeer has gotten to you. Reindeer have been bred by certain tribes for so long that they have words for "a male castrated reindeer" and other such concepts that could only come from a lot of exoperience handling these animals. We would not have words like "heifer" or "steer" if we had not domesticated cattle. Do we distinguish between neutered male deer and deer with full endowments? No. If your objection is anywhere, it should be with regular, normal venison. (And, out of curiosity, I broke my pescatarianism to try some genuine hunted venison. Good stuff.) Reindeer pulling sleighs is not just for Santa. 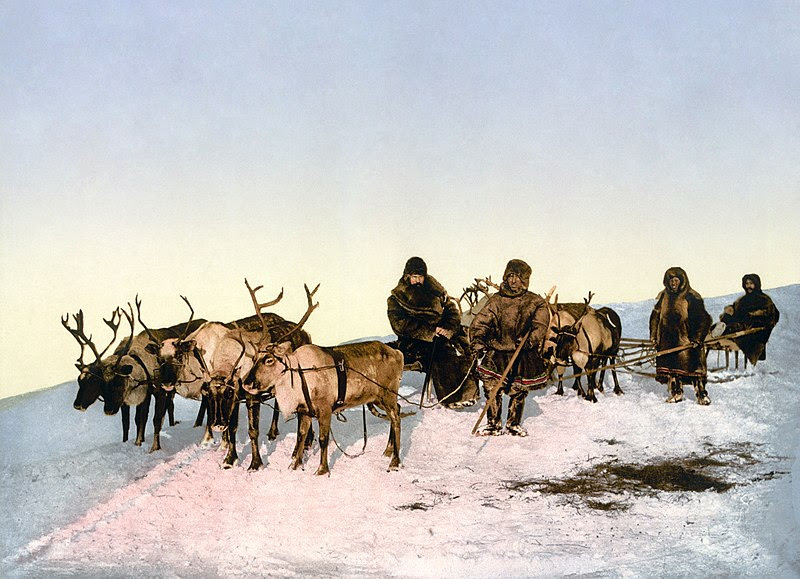 The people selling the reindeer steaks in London have the right idea: Reindeer is indeed a native dish of people in northern climates. Are we really so narrow-minded that we will prevent them from eating their traditional food while the British somehow manage to enjoy jellied eels? Different strokes for different folks. Santa probably makes reindeer sausage every time one of his magical flying deer dies because, umm, there's not much else to eat up there. Herbivores like reindeer are usually good eatin's.

Mind, actually eating reindeer is one thing. Alaskan shamans have, for a while now, noticed reindeer getting high off of Amanita mushrooms - a 'shroom toxic to humans. The shamans, however, figured out that reindeer are subject to the same rules as drug testing in humans - i.e. whatever was in those shrooms was probably in their urine as well. Sometimes, reindeer get the same idea and drink human urine for the exact same reason. This trip is where the idea of flying reindeer came from. Thank poisonous mushrooms for Santa's sleigh-deer!

P.S. There will be more reindeer on Christmas. They're actually fascinating animals.
Posted by KuroKarasu at 11:29 PM