One of the cries against exotic pets is, frequently, that they will become invasive species. The biggest, baddest anti-reptile bill recently was HR669, a bill that forbade ownership of any animal that was not a cat, dog, fish, or farm animal. This bill was, of course, shut down by herpers and ferret lovers alike. It does not make sense to make an "environmentally-conscious" bill while leaving off swine, cows, and cats and dogs. The most domesticated animals are often the most damaging to a local ecology. Let's not even get into humans as an invasive species.

Mind, the origin of this bill was a lady in Guam. Guam is an island that is technically U.S. territory,  but not quite Illuminati enough to make it into the United States. Island ecologies tend to be a zero-sum game when it comes to animals, exotic or otherwise, living on the island. Either the invading fauna kicks the island's ass or everything on said island is out to kill you. Yes, koalas, we know you have extremely sharp claws.

Australia's smaller cousin New Zealand was not as lucky when it came to tolerating human settlers (it took Hobbits much better). Australia had vicious predators with teeth that would make humans piss themselves, spiders that would kill you in your sleep, and kangaroos that, though herbivores, could definitely beat you at kickboxing if challenged. (That last one would be your own fault. Apologies to anyone drunk enough to try that.) 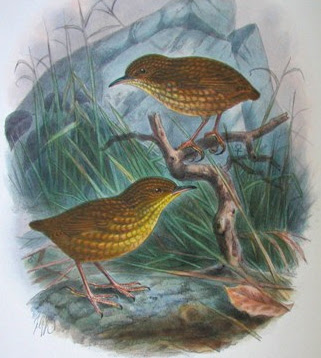 If it were still alive, we would ask you to meet the Stephens Island Wren. It was not really a wren, more like a member of an extinct group of flightless songbirds. Only in New Zealand would that EVER work. All of New Zealand's ecology was based on birds.

Then an unknown Western ship came over with a cat on it. Do I really need to say more?

The Stephens Island Wren is a legend among animals going extinct. Word has it that the cat of a lighthouse owner single-handedly wiped out every "wren" on the island. The owner's assistant, David Lyall, brought the strange looking bird to the scientific community's attention after seeing what the cat (nicknamed "Tibbles") was doing. It was too late; the wren was down to the last few members of its species. The species had probably gone extinct in the winter of 1895.

This is very unlikely. The far more plausible causes for the "wren"'s extinction were being eaten by the Maori as unfried KFC and the introduction of a pregnant cat on board an unknown ship. By the time "Tibbles" emerged, there would have been several feral cats already around the island, picking off lesser birds like people at a buffet.  There are no "exotic" pets to blame here - just humans, cats, and several very lazy birds. 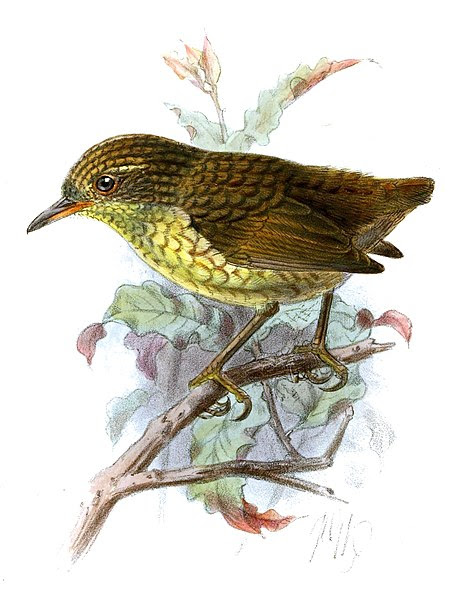 And if you don't think dogs can be damaging? Dingoes. Just...dingoes.
Posted by KuroKarasu at 10:53 PM