"They Actually Eat That:" Lobster.

So on a whim -or because it's normal for you, I don't know - you decide to have dinner at a seafood place. They have various dishes with shrimp, salmon, and some other familiar fish, but the only one with the label "market price" is lobster. For those of you unfamiliar with restaurant slang, "market price" means something so expensive that they do not want to tell you what it costs. Lobster usually has this attached. 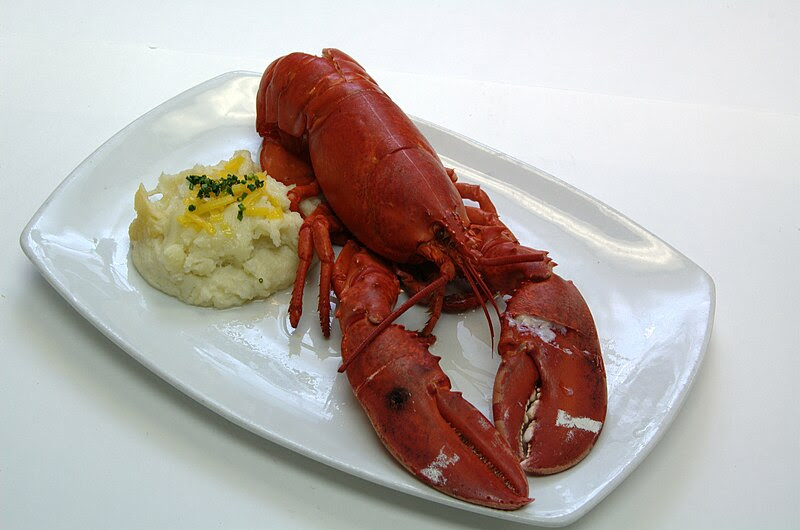 Umm, why? I've had lobster. It is not my favorite shellfish, but can be nice if prepared well. It gets most of its flavor from the butter and sauce used upon it. No offense if you like it, but is it really worth "market price" in every restaurant that serves it?

Prior to the mid-19th century, one could not find an American who would consider lobster the fancy dish it is today. Lobster was considered a food for the impoverished. Hell, it was barely even food- lobster was used as fish bait and fertilizer most of the time. Think about what else goes into fertilizer for a bit, then tell me if (North American) lobster still sounds appetizing. 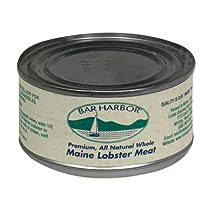 So, what made it popular? The people along the East Coast gained a taste for it. The desire to eat lobster fresh was popularized in New York and Boston - places which have easy access to lobster already. The catch is, of course, that they do have fine lobster waiting to be caught. The canned stuff does not taste nearly as good, and, in fancy restaurants, the lobster may be more about presentation than taste.

From foodnetwork.com. Yeah, we need TV and computers to tell us how to eat, now.

One could also get into the latest animal rights fad sweeping the nation: Rights for lobsters. The classic way to prepare lobster is to boil the crustacean alive. While this blog agrees that, maybe, such a practice is a little extreme, several places (including Italy) have fines for boiling lobsters alive. If PETA's next stunt is letting dogs vote, I will buy a hat and eat it; we do not need squeaky toys in campaign ads.

Oh, and by the way, lobsters are waaayyy overfished. We have tried to breed them, but lobster farms have not proven successful. Not only is lobster expensive for no real reason, it's damaging the ecosystem.

Email ThisBlogThis!Share to TwitterShare to FacebookShare to Pinterest
Labels: crustaceans, north america, They Actually Eat That