Of all the insects in the world, there are two that society does not hate: Ants and bees. (Butterflies are also likely on this list.) In the Western world at least, ants (and bees, but particularly ants, here) are characterized as hardworking, cute little fellows who only get the slightest taste of human wrath when they invade our picnic tables. Aesop, one of the most famous fable-makers of all time, treated the ant as the ideal worker (with bees having a similar connotation in a certain poem about women).

Ants have to be one of the most over-anthropomorphized insects of all time.  Yes, they are social animals like we are. Yes, they have cute little job classes like we do. Yes, we more or less gave the big female in charge the name of 'queen,' but what would you call the only ant who ever gets to mate (and how!)? They're still insects, and their colonies follow slightly different rules of conduct from human societies. It's not baseless, but still pushing the bar. After all, it's not like they wage war or take prisoners... 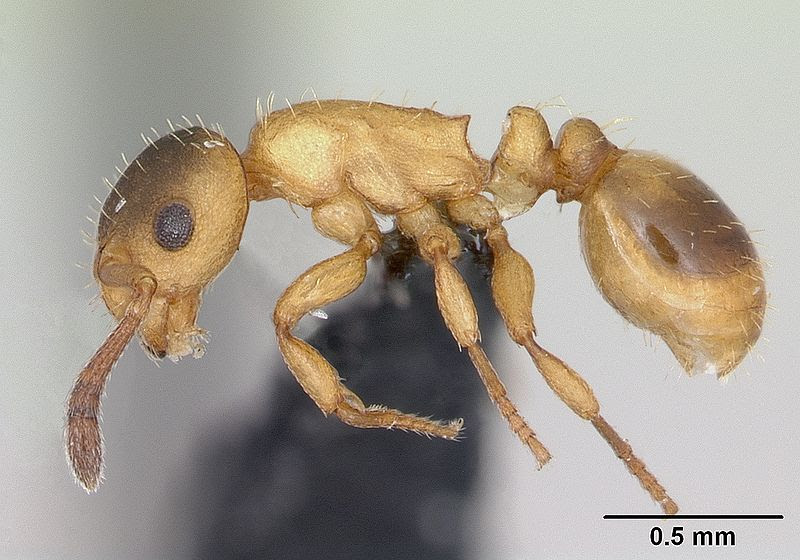 There are some ants outright called "slavemaker ants." Most of them are found in Europe, with Ravoux's slavemaker ant (Myrmoxenus ravouxi) native to just Europe and the not necessarily evil Formica sanguinea reaching all the way to Japan. There are a few others as well. These ants all use similar processes in their survival; the one with "slavemaker" in its name is one of the few inherently evil insects on the planet. This blog has covered Japanese hornets; these ants are worse.

First, the queen of a slavemaker ant colony has a lot of very good sex back at the old anthill. Then, she slips into another ant colony, either by playing dead or by pheromone manipulation. Her sole goal in life is to kill the other colony's queen, then usurp the throne.

She then bathes herself in the old queen's pheromones like an insectoid version of Countess Bathory. Since pheromones mean quite a lot to insects, the workers are none the wiser as the new queen takes over. Naturally, she proceeds to lay her own eggs therein.

Other species of ants go on all-out invasions of other colonies, very much like human warfare. It's actually kind of creepy that ants and bees are called "eusocial" - does that mean that scientists consider their warlike habits a mark of a good society?