"They Actually Eat That:" Hibiscus.

Every so often, a new 'superfood' suddenly floods the market. Usually, it's something only a small amount of people have heard of, comes with a fancy Greco-Roman science word attached, and has a long history of being medicinal from the ancient past. Recently, the buzzword has become "antioxidants," and acai and pomegranates are leading the way in that regard. Here's what is slowly becoming the next "superfood:" 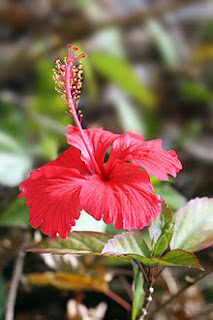 This flower should look familiar to a lot of you. It's a type of flower called hibiscus, and is probably the most marketable superfood yet. Yeah, that flower on tacky Hawaiian shirts? That's hibiscus. Hibiscus iced tea is becoming more and more popular, popping up in Starbucks, Argo Tea, and Panera. It has "from Asia" and "might have antioxidants" going for it already.

But is it actually edible?

First off, the nectar and tea are usually pretty safe. Hibiscus has been used as a tea for centuries in Asia and Nile Valley Africa. The tea has been believed to cure everything from high blood pressure to cancer.  I've had hibiscus tea and nectar plenty of times with no adverse reactions. The only confirmed medicinal effect of hibiscus is as a diuretic, but people are looking into antioxidants.

The diuretic effect is particularly noticeable if animals eat it. I've heard varying reports, but the general consensus is that hibiscus plants are toxic to cats, dogs, and horses. It probably isn't the end of the world after one little bite, but just to be safe, hibiscus is on the list of "plants that are not pet-friendly." If your pet starts acting odd after eating hibiscus, call poison control. 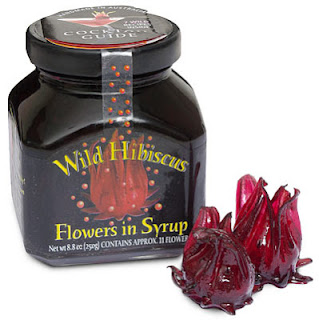 As for actually eating hibiscus, there are dos and don'ts. Some hibiscus varieties are not edible, period. Others, like Hibiscus sabdariffa, can be eaten in salads and stir-fries like red spinach (which is its own thing). Most restaurant chains and such will not be using the poisonous varieties of hibiscus, so please enjoy the summer's latest iced tea craze. Just don't use it to cure cancer or give it to your dog, OK?
Posted by KuroKarasu at 8:04 PM