Remember how I mentioned that the Earth's atmosphere was not always filled with oxygen? Look out side for a minute at the clear white/blue sky, green plants, and maybe even that raccoon going through the garbage. Sure, it's not perfect, but life has never been perfect.

The Earth's atmosphere was not always as nice as it is today. Picture an atmosphere of water vapor, CO2, and nitrogen with methane and other lovely gases floating around. Volcanic activity was an everyday occurrence. There is no ozone layer yet, so the most powerful sunscreen in the world cannot protect you from the sun's scorching rays. The planet's cooling down with rain and clouds, but is taking its sweet time.

Now picture something living in that environment. Something that isn't a red man with goat hooves and a pitchfork. 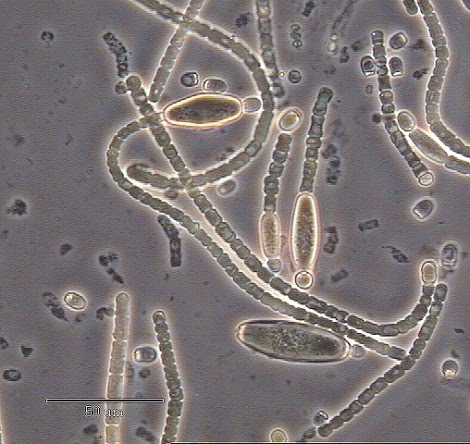 Welcome to the home of archaea. As the name would imply, archaea are really, really old bacteria. They are their own domain. Not genus, not family, not phylum, domain. They are about as closely related to bacteria as animals are to plants. They reproduce by dividing and exchanging plasmids, little rings of DNA that bacteria regularly swap like trading cards just to give humanity the finger. They do not reproduce sexually at all.

Hear that? These bacteria were around before sex and oxygen. That's how old they are. 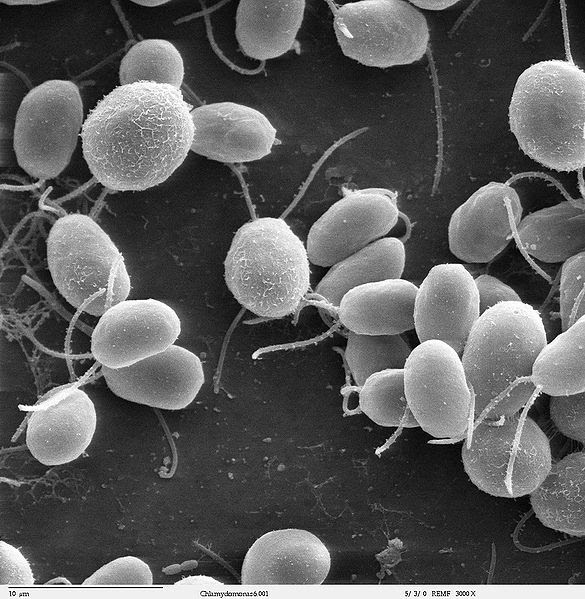 Archaea have some really trippy ways of getting energy. Some metabolize sulfur or ammonia- stuff that most 'normal' life forms would consider disgusting. Others make energy out of light without needing chlorophyll. Still others feed on methane - a chemical abundant in the Earth's primitive atmosphere. They have as many ways of getting energy as eukaryotes, things with nuclei and all that other nice membrane-bound stuff.

At first, it was thought that archaea could only be found in extreme environments like salt lakes and volcanic hot springs. Now that is no longer the case. Scientists can pick up the tiniest traces of these organisms everywhere. They have found traces of the archaic nucleic acids in everything, from soil to seawater. Luckily, they do not infect anything - presumably, most of their time is spent calling Staph bacteria and E.coli "whippersnappers."

Life. It's everywhere.
Posted by KuroKarasu at 9:22 PM