Against my better judgment, I one day went onto Transfur. For those of you curious about seeing how creative furries can be, they have the transformation sequences there divided into scientifically-described species and classifications. Impressive!

Unfortunately (and unsurprisingly) wolves dominate over all other species on the entire site. So much for creativity. 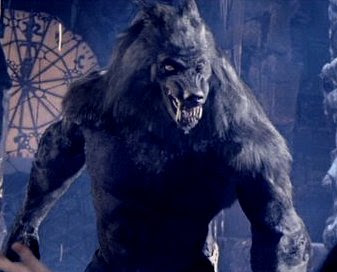 Wolves have a strange, mystical hold over the minds of "nature lovers." I use that in quotes because many people who claim to love nature, particularly wolves, see it through even rosier glasses than I do. People claim to love wolves because they're wild, but, in their minds, wolves are just puppy dogs with bigger teeth, complete dominance over their food chain, and just enough human characteristics to make them idealized, furry people.

This mindset has been around for ages. Generally speaking, if a place has wolves, they have some form of werewolf- a creature that can shift between human and wolf either freely, by moonlight, or with a special ritual. Some unfortunate souls, such as Lycaon from Greco-Roman legend, get turned into wolves by an outside force. Regardless of how it happens, the idea of a person getting turned into a wolf remains a strong motif in folklore.

But is it really possible for any sort of shapeshifting like that to occur? Short answer, no; long answer, we haven't done it yet, but there are some cases where it's easy to see where werewolf legends might have come from.

The most subtle explanation for transformation, especially during the full moon, is a possible  psychological change that occurs as the moon reaches full light. This is the origin of the term 'lunatic.' There is some debate over whether this "lunar effect" exists or not, but if nothing else, more people are prone to noticing strange things during that time. There are also some other weird things that happen in humans during lunar cycles such as, ah, menstruation.


For those of you looking for something crazier than a man's exaggeration of his wife's PMS, you're in luck: Lycanthropy is a diagnosable mental disorder. Clinical lycanthropy (therianthropy for non-wolves) is a psychological condition in which someone believes that he or she has been an animal at one point. Wolves are far from the only creatures represented by this disorder. Even bees and frogs have been reported from patients with clinical therianthropy.

Remember the amputee who said that her body just didn't feel right with all her limbs? It's like that, only people feel that they are really becoming animals. The right sections of the brain fire off and everything. There are also a few nutballs who think that having sharp eyeteeth makes one a werewolf, but that's an unrelated delusion called "stupidity."

Finally, we have the most obvious real-world explanation for werewolves: Hypertrichosis. Unfortunately, this blog already covered this strange accelerated hair growth during The Human Freak. Read more about freak show "werewolves" here!
Posted by KuroKarasu at 10:59 PM