Myth Week: Will o' Wisps (and Other Strange Lights). 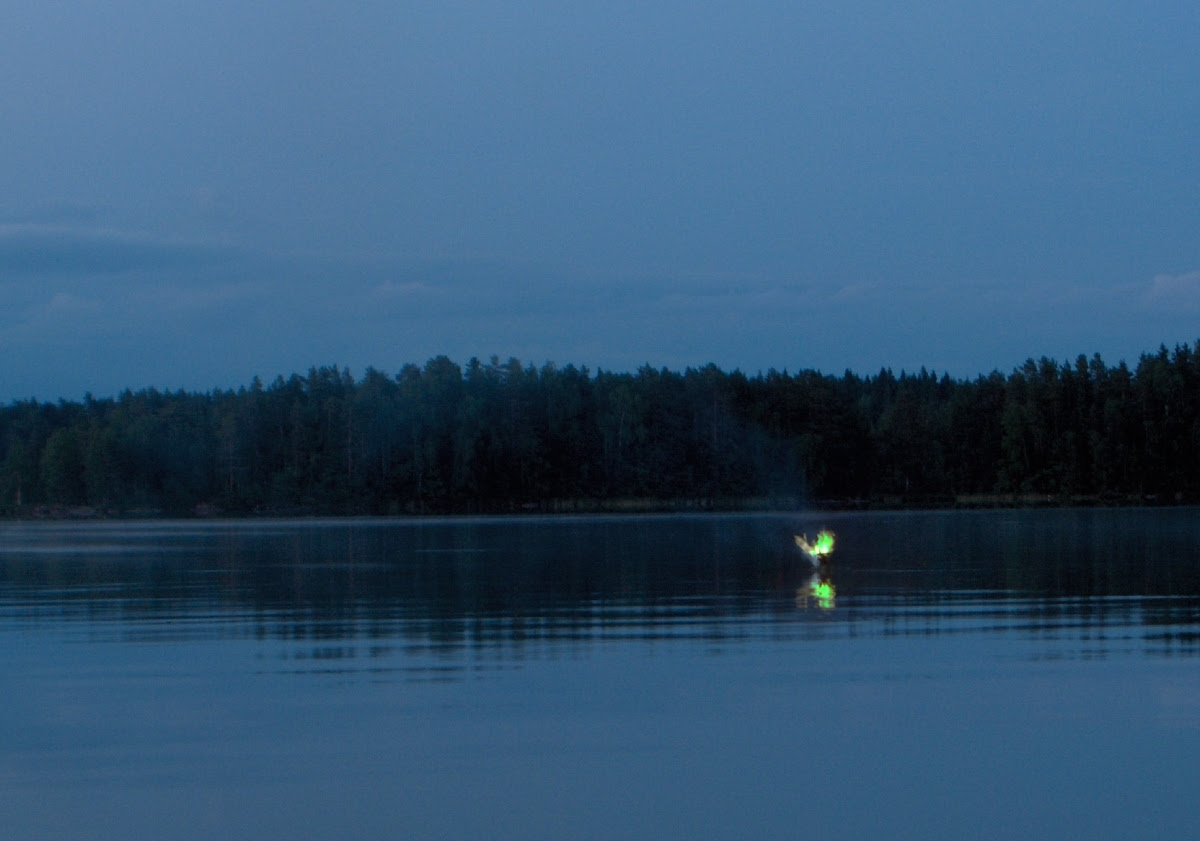 Suppose you saw one of those strange lights hovering above a lake one night. What would you think it was? A fairy? A soul? The breath of an underwater dragon? A spirit luring you into the lake in hopes that you will drown? These are all perfectly valid traditions surrounding strange lights called will-o'-the-wisps, demon fire, foxfire, corpse fire, fool's fire, or "those creepy flames."

Strange lights have been spotted all around the world, often appearing above bodies of water or in graveyards. They do not burn their surroundings and may appear colored differently from regular flames. Sometimes they even occur regularly at the same time every year, spurring events like the Naga Fireball Festival at the Khong River:

What exactly are these strange lights? They are among those things that science has trouble explaining- but tries to decipher nonetheless.

Science's favorite explanation for mysterious lights is "swamp gas." Theory has it that decomposing organic matter emits a self-combusting gas that reacts at a lower temperature than usual, thus explaining the lights' presence around swamps and dead bodies. Although wisps have been supposedly replicated in a lab, most of us are not firmly convinced.

What do you think they are? Chances are that someone, somewhere will agree with whatever you say.

Another type of strange light, St. Elmo's Fire, has a far more plausible explanation. St. Elmo's Fire occurs on the higher, pointier parts of ships, almost like supernatural lightning drawn to a rod. It makes even the most antiquated ship look armed with spectral flamethrowers.

Unlike wisps,  St. Elmo's Fire has a positive connotation. Since the flares are usually seen towards the end of a storm, sailors see these neon lights as a welcome occurrence. It is still just as hard to find good photographs of these lights as it is of the wisps!
Posted by KuroKarasu at 9:19 PM