Why Are Dog Owners Crazy?

For the last year or so, I've been considering getting a dog. Specifically, I have plots to breed a bully whippet to a hairless dog and remind people that dogs can be seriously freaky animals. Of course, I need to understand how dogs work before doing that; I know how the genetics behind those two traits work, at least. Whether the breeding actually happens will come with time.

Then I see stuff like this and go, "Hm, maybe a dog isn't such a good idea after all."

It would seem that some dog owners are just as displeased as I am about the relatively narrow color palette mammals have to work with. They also have doggie 'weddings,' doggie yoga, and probably the infamous doggie nail polishing, too. This show is unfortunately the tip of the iceberg.

I will admit that dogs (or, rather, wolves) have the benefit of a diverse genome and having many behaviors in common with humans. It's really no surprise at all that dogs were the first domesticated animals. Dogs have been great service animals over the years. Even though they're essentially retarded wolves, they're pretty cool animals.

That doesn't mean some dog owners don't completely cross the line at times. There are some things, like the extreme examples mentioned above, that make dog owners look crazy. Here are a few more where that came from: 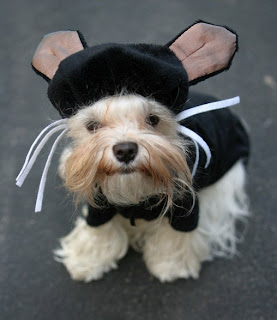 Dog clothes aren't anything new. Some breeds, like the Chinese Crested, may even need clothes when the weather gets harsh. That doesn't make them any less humiliating when used for a purpose outside of protecting a dog from the temperature. It goes so far that dogs actually have shoes. In the immortal words of Jay Leno, "your dog will not wear that." Granted, they tolerate it better than cats. 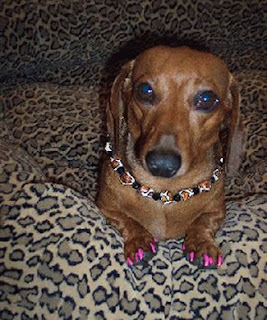 Hey, while you're at the groomer's, why not give your dog a full salon treatment? Sure, maybe dying your dog to look like a panda isn't in anymore, but nail polish never gets old! OPI has made a special brand called "Pawlish" that's safe for dogs in case they lick their nails. They have a few helpful tips for applying it. At least it dries quickly. 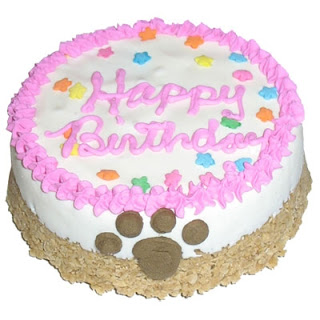 This might be a shocker to some of you, but celebrating birthdays is a cultural thing. It is not done the same way everywhere, if it is done in a place at all. McDonald's is largely to thank for the popularity of birthdays and birthday cake in Asia. Not all humans really 'get' birthdays - what on earth makes dog people think that their furry friends will grasp such a distinct cultural concept? Regardless, dog birthday cakes are a thing. Back when Chicago still had Three Dog Bakery, they were cited as a glaring economic frivolity by the book Naked Economics. The dogs nonetheless recognize food as a good thing, so I suppose there's no harm done... 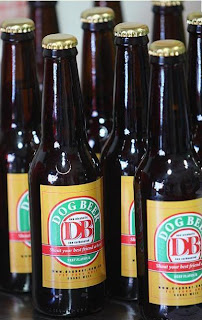 Then there's dog-friendly beer. You read that right: Dog beer. Apparently, we like dogs so much that we consider them drinking buddies. Apologies if you spat some regular beer out upon reading this paragraph.

As should be obvious, these items are treatments are the result of extreme anthropomorphizing. This is common in dogs to the point where it causes problems. The human thinks the dog is a human baby. The dog thinks it is a wolf. You see the difficulty.

The situation is different with exotic pet owners. Yes, snake owners anthropomorphize, too, but at least we don't put clothes on our animals. Or buy them birthday cakes. Or make special lizard beer. We're a little more aware that our pets are another species.

To reiterate: Yes, dogs are cool animals. Things like fancy treat dispensers and water fountains are fine; what animal doesn't like treats and free water? You dog will still not understand the idea of a birthday cake beyond, "oh, hey, free treat today!" Putting clothes on a dog is understandable when it's for, say, bad weather or to let people know that your Labrador's doing the seeing for you, but otherwise, clothes are for people. Your dog does not support your favorite sports team no matter how many doggie beers you give him during the Super Bowl.Wolves may have some behaviors in common with humans, but there is a limit to how much anthropomorphizing you can do before scarring a puppy for life.
Posted by KuroKarasu at 11:55 PM