So, for today, I found two entries that really struck me as news. They're both eye-openers, both relate closely to modern culture, and both deserve to be shamelessly whored on as many blogs as humanly possible. This entry is almost like an extra dose of "They Actually Eat That," and the candidate will surprise you: Kraft Macaroni and Cheese. 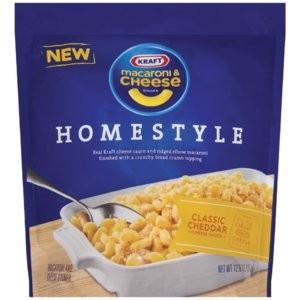 Here's the skinny, as per Change.org:


"We recently discovered that several American products are using harmful additives that are not used – and in some cases banned – in other countries. One of those products is an iconic staple that almost every American, us included, has had at one time or another: Kraft Macaroni and Cheese.

It’s time we demand the same here in the US!

Note: Yellow 5 (labeled as tartrazine) is also used in these products in Canada, and we're sure they don't want to have it in their food either!

- Are man-made in a lab with chemicals derived from petroleum (a crude oil product, which also happens to be used in gasoline, diesel fuel, asphalt, and tar).

- Require a warning label in other countries outside the US.

- Have been banned in countries like Norway and Austria (and are being phased out in the UK).

- Yellow 5 and Yellow 6 are contaminated with known carcinogens (a.k.a. an agent directly involved in causing cancer).

- Cause an increase in hyperactivity in children.

- Have a negative impact on children’s ability to learn.

- Have been linked to long-term health problems such as asthma, skin rashes, and migraines.

- Add absolutely no nutritional value to the foods we are eating and are solely used for aesthetic purposes only.

To prove this last point we personally tested both the US and UK versions of Kraft Macaroni and Cheese and found virtually no difference in color or taste."

Hyperactivity and a negative impact on learning? No wonder we're a nation of idiots. People also say that ADD is fake. Now we see why.

The petition can be signed here. A video dwells therein as well. Sign it; American food is more poison than food.
Posted by KuroKarasu at 11:13 PM

Email ThisBlogThis!Share to TwitterShare to FacebookShare to Pinterest
Labels: newsflash