If you were ever a child, you know a little bit about the Tasmanian devil (Sarcophilus harrisii)  already. He's the critter that spins around in a little tornado and spouts gibberish, right?

Not QUITE like this, but EXCELLENT advertising for Tasmania.

As one might imagine, real Tasmanian devils are not quite like that. Warner Bros. got a few things right, however: The Tasmanian devil is native to Tasmania, and it does have an abnormally large head. It is the top (extant) marsupial carnivore, even though it is primarily a scavenger. Its cries are also creepy as hell:

The Tasmanian devil has a bite to back up its bark. Remember the entry on the dire wolf and how a bigger head generally implies more jaw power? The Tasmanian devil possesses the strongest jaws of any mammal. The Looney Tunes caricature is just barely an exaggeration of how much emphasis the real creature has on its jaws. 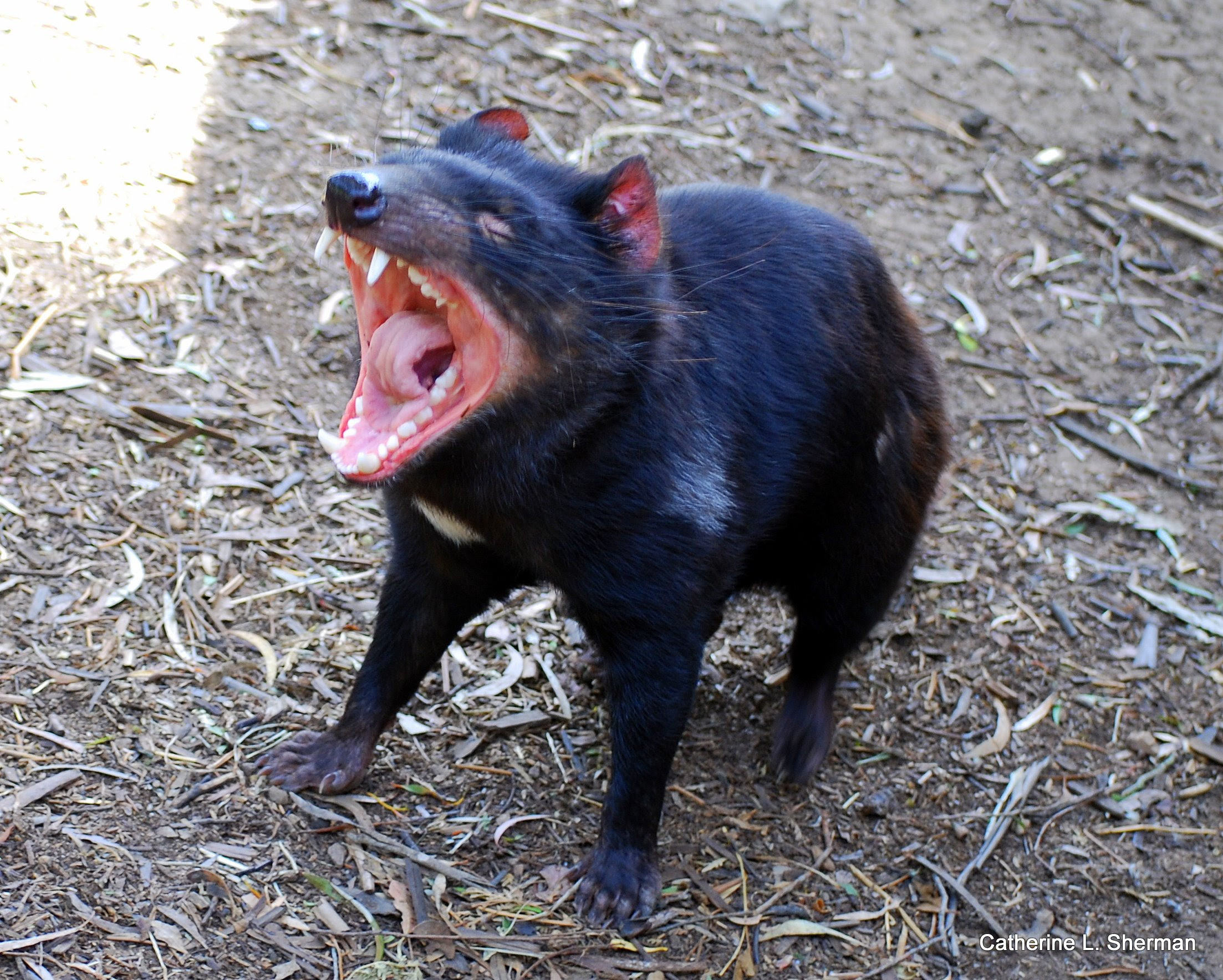 It is also endangered. Although Taz has yet to be listed as "critical," the species is becoming rarer and rarer. Dingoes are often cited as making the Tasmanian devil extinct from mainland Australia; remember, placental mammals are not native down there. Others, not wishing to blame everything on dingoes, add that they could not survive the rising temperatures on mainland Australia. They are also preyed upon by red foxes (another introduced canid).

Hell, Tazzies are not even safe on their namesake island; there is a cancer there that gives the devils nasty facial tumors. Being on an island will no doubt lead to a nasty bottleneck, but if cheetahs and humans can survive that, surely these vicious beasts can endure it...right?

Thanks, canids. Thanks a lot.

If the species does wind up going extinct, at least the Tasmanian devil will forever be immortalized as a classic cartoon character. That's pretty cool, even if it does not do justice to the awesomeness of the real animal.
Posted by KuroKarasu at 8:49 PM