If mermaids are not up your alley, how about werewolves? 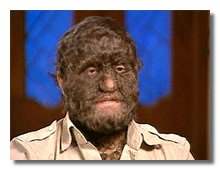 Kidding, kidding, that guy was not bitten by a rabid wolf or anything of the sort. There is a condition called hypertrichosis that causes hair to grow abnormally over one's body. It can be inherited genetically in several ways, but can also be triggered by eating disorders, cancer, or drug abuse. It is more common in women, especially in one form that is carried on by the father (X-linked). It can be misidentified as hirsuism, the disorder that causes beards in women and children; that is simply caused by a high testosterone level. So, yeah, the full spectrum of furry fetishes will be covered this week.

Hyperthrichosis is a fairly recent disorder. Although there are legends of beast-people around the world, the first formally-recognized case was that of Petrus Gonzales in 1648. That's pretty late, given that we have records of Siamese twins since ancient times. 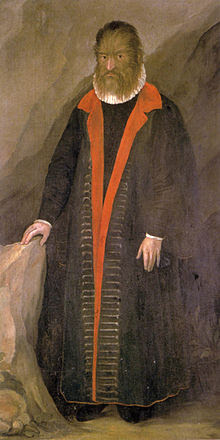 The Wookies are among us.


Like I said earlier, yes, hypertrichosis can be hereditary. There have been whole families of werewolves. In Burma, one family had four generations' worth of hairy members. All of the hairy people had perfect teeth, but all of the ones with fur had dental issues. Weird; it's the other way around in dogs.

Now let us never speak of the Chinese Crested again...even though some of them still look ALIVE.

Unfortunately for furries, this disorder is rare. There have been only 50 recorded cases since the Middle Ages. When it is found, it generates quite a lot of hubbub; people with this condition can  become very successful "beast-man" freaks. You can still get fur through drug abuse, but I am not about to encourage that.

These kids do not even need Halloween costumes. They can trick-or-treat any time of the year.

Unlike Siamese twinning or sirenomelia, nobody has ever died of hypetrichosis; they just make really, really good wolf-people for movies and handing out Halloween candy. Despite the social stigma that comes with being hairy, these people can lead rich, fulfilling lives. Depending on how severe the case is, one might even be able to fulfill the childhood fantasy of joining the circus. Hey, it's better than risking your organs in some expensive surgery.
Posted by KuroKarasu at 7:24 PM