(I was torn over what clip to use. Some of the Guilin shots were GORGEOUS!)

Being called a "birdbrain" used to be a valid insult. Birds were commonly thought of by scientists as intellectually inferior to mammals, possibly because so many of them run into our windows. They also have a very different brain structure; if you ever look at a human brain, the balance section, the cerebellum, is a LOT smaller in us than it is in a bird. Now we know that at least some birds are smart enough to give humans a run for their money.

For example, Tokyoite crows are not only bigger than American crows, but also smarter. They put nuts (and, occasionally, rocks) on train tracks so that trains will crush them. They make fake nests so that, when the humans try to exterminate the crows, they wind up empty-handed. Goddess, no wonder crows have their own youkai in Japanese culture. 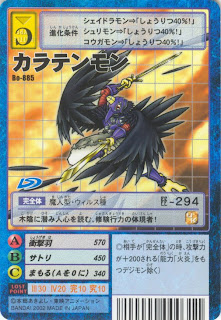 Pictured: A REAL Japanese crow.
Interesting as the crows are, there are several other birds that also exhibit sophisticated intelligence. Cormorants, (genus Phalcocorax, which would probably make a good name for a rock band) are among them.

Cormorants are all fishing birds. While this may cause problems for fishermen, a few places such as Japan and China have trained the cormorants to fish for them. Fishermen tie a piece of fishing twine around a cormorant's neck. When they dive and resurface with a fish, they cannot swallow it, allowing the fisherman to extract it simply by opening the cormorant's beak. This has been done for thousands of years, and has become a tourist attraction in some areas.

The Japanese have added fire. Apparently fishing at night with intelligent birds is not hardcore enough.
(I am unsure of exactly how these commands are issued and taught, but can presume that the method is similar to falconry - that is, the birds are taken in at a young age and taught that the humans are their only source of food.)

What's in it for the cormorant? It gets to eat every eighth fish that it brings up.

It knows when it's time for its eighth fish.

Cormorants are the best counters in the bird world. Crows can count up to three; parrots can count up to six. These birds can count, unfailingly, up to eight. If they do not get their eighth fish, they go on strike.

If you had to vomit up your last seven fish, you'd go on strike, too.
Seriously, there is no other way to put exactly how adamant these birds are about getting their eighth fish. They do not respond to orders. They refuse to dive again. Even pushing them off of the boat does not deter them from getting their eighth fish. They know when they have gotten to eight, and refuse to go any further.

Do I have to fly up and peck your eyes out? GIMME MY ****ING PAYCHECK!
If your boss ever calls you a birdbrain, be sure to tell him that cormorants not only know when they are overworked, but also that they can go on strike. Who knows; maybe you'll get a fish!
Posted by KuroKarasu at 1:35 PM