"They Actually Eat That:" Frogs. 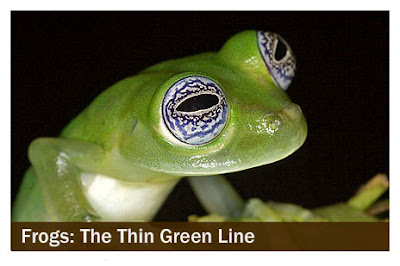 "Frogs and snails and puppy dog tails..." That's what little boys are made of. We've done dog. We've done snails. Real-life Hypnotoad up there is not happy that frogs are, unfortunately, also fairly common food items around the world. No, we are not talking about a stupid dare in college to eat the frog on the bio dissection table. Frogs are haut cuisine in many, many places.

Frogs are often described as "tasting like chicken" (just like everything else) simply because they are closer to chickens than mammals on the evolutionary playing field. The meat of cold-blooded animals is also such that frog legs sometimes death-twitch while in the pan (or just with a little salt).

Eating frogs, particularly frog legs, has a link with French culture. If the French have touched a place, it has frog legs on the menu. Vietnam? Yep. Louisiana? Sure. France? Mais oui! 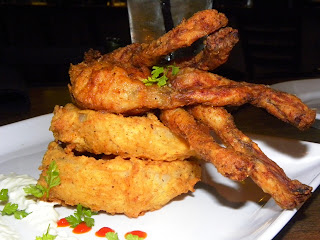 Several other places have frogs as food without French influence. China (surprised?) and Indonesia are also large consumers of frog meat. In China, frog legs are stir-fried; in Indonesia, frog legs are used in a soup called Swikee. Hell, most of the frogs eaten in France today were farmed in Indonesia.

Eating frogs has also been recorded in India, Spain, Greece, and a few places in California. In short, frogs are eaten just about everywhere in some way, shape or form. Maybe Kermit was right: It's not easy being a green frog. 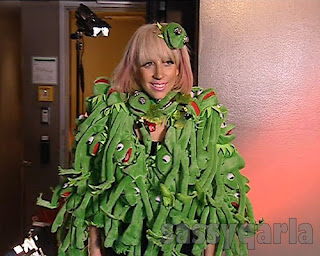 Only Gaga wears them as clothing. We're pretty sure about that.


Next week: Just to prove that NOTHING is off the menu...dragons. And fortune-telling.
Posted by KuroKarasu at 9:13 AM