Talk Like a Pirate Day: What Pirates Actually Ate.

Ahoy! Today be September 19th, unofficially known as National Talk Like A Pirate Day! It also be Wednesday, the fateful day that this blog be coverin' strange foods from around the seven seas. This be an unfortunate intersection, so please be enjoyin' the things that pirates actually ate. ARR! 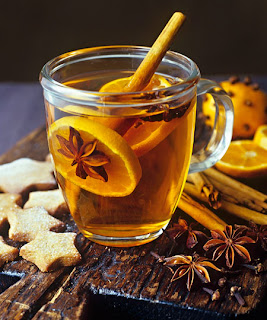 When ye be thinkin' of pirates, ye be thinkin' rum. Our favorite be a drink called bumboo, a mix of water, sugar,  nutmeg, and of course, rum! Just plain water and rum be called 'grog.' Pirates popularized the drink sangria, also called "sangaree." We be havin' barrels of alcohol on every vessel. That much is true, lads!

The first couple o' weeks at sea be dandy. We be havin' fine dining. The livestock on board - usually chickens and cows - be giving us milk and eggs. We be gettin' new foods from every ship we raid and every island we stop at.  For the first few weeks, life be a blast!

Then things be goin' sour. Since we be sailin' for days on end, our food be gettin' covered in mold, slime, and maggots. The only stuff anywhere near appetizing is the salted meat, beans, and veggies - things that don't go a-spoilin' easily. Be warned, for a pirate's life be not as glamorous as those movies portray it!

Sea biscuits be a standard when ye be on the sea. Also called "hardtack," these dry scroungin's can stay good for up to a year! They be tastin' o' cardboard, lads, and bugs still be gettin' at 'em. There still be recipes floatin' in the internet about what ye must do if yer wantin' to try some authentic pirate fare. Ahoy!
Posted by KuroKarasu at 5:51 PM