Last night, a friend told me something interesting. A live, five-headed serpent had been found in the wild, alive and well. The radio shows described the image as looking "freaky." Supposedly, the polycephalous snake was taken into a temple because it was thought divine.

Aside from this report from Argentina, I have not seen anything that would cement this snake's existence as fact. I try to keep an open mind; after all, this blog covers a million 'impossibilities' that actually happen right under our noses. Five-headed snakes are also consistent enough in mythology that one must wonder if they can indeed occur in nature. It would not surprise me if they could exist, but actually seeing a good photograph of one strikes me as unlikely.

That said, every image of a five-headed snake I have ever seen has been a fake. The snake above is unfortunately a bad copy-paste job. It's obvious that the scales don't flow right, and it just looks bad. Others are more convincing, but none of them are the real McCoy.  Just because some are nicely done doesn't mean any of them are real.

This is not to say that a five-headed snake is completely impossible. Two-headed snakes happen all the time. For whatever reason, turtles and snakes have a higher than normal track record of having two functional, separate heads. Hydras and genbu already have plausible reasons to exist.  A report of an amphisbaena surfaced recently as well. Five is unheard of, but there's always a first time. I have hope. 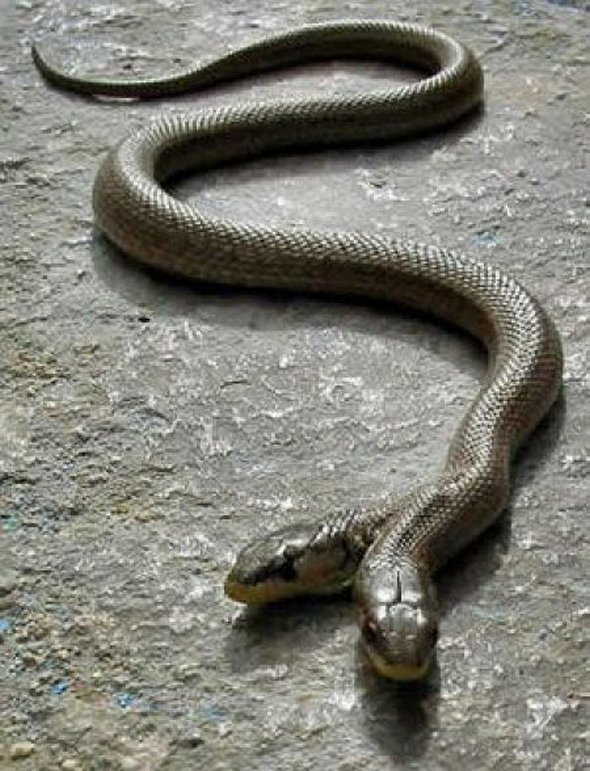 So now we have a rumored news report of a live, wild, five-headed snake. Can anybody confirm or deny this? There are certainly plenty of fakes out there. If a real 'naga king' has been found, it should be making world news.
Posted by KuroKarasu at 1:19 AM