Honestly, rats have a lot to like about them, even if they did unintentionally wipe out half of Europe. They're fuzzy, intelligent and make excellent lab subjects since they are so biologically similar to humans. They make good pets with as many colors as melanin can muster. They clean up our mess and get shit in return. If nothing else, they are extremely versatile creatures. 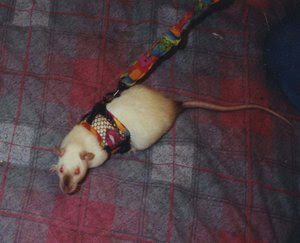 Our bad. Also, it's your fault for leaving that grain where we could get it, you slobs.

You'd think a bigger rat would be like a giant, buck-toothed plushie, right?

Wait a sec. What the fuck is that?! It looks like Raticate from Pokemon made into flesh!

Actually, yeah, it is. The nutria, also called the coypu, beverrat, or Myocastor coypus is a giant water rat native to South America. It was the basis for the annoyingly-common Raticate from Generation 1 of Pokemon. It was also farmed for its fur and found a home everywhere except Australia. Australia wiped out rabbits with a rabbit-killing virus; imagine what they could do to this thing besides make fur coats out of it. 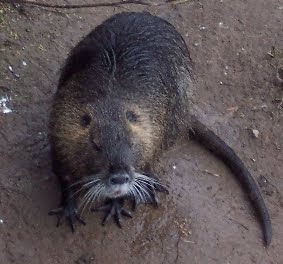 Like beavers, nutria have orange enamel coating their ever-growing teeth. They do not build dams like beavers, but, being semi-aquatic rodents, have webbed hind feet and thick pelts. Their water-dwelling lifestyle has also led them to develop nipples on their flanks instead of their underbellies.

Nutria used to be farmed for their fur and low-cholesterol meat. Farming them, however, was not very profitable; many of them either escaped or were released. They were regarded as an invasive pest and have since been eradicated in several of the United States. Good riddance, in most cases, although its adaptability is impressive.

So, should you see one outside of South America, feel free to attack it with whatever bizarre creature you have that can control plants, fire, or water. The giant rat shouldn't be there. 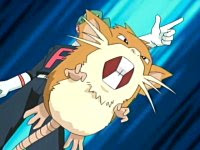