It is physically impossible not to like Eevee. It's cute, it's versatile and it comes in what...seven flavors, now? 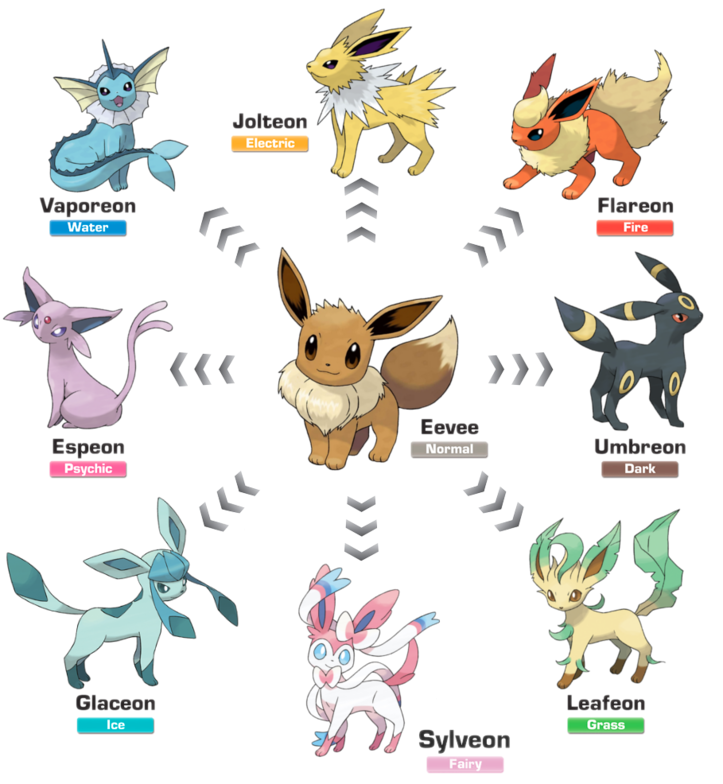 Rainbow sherbet will have to come eventually...

There is still a bit of debate over whether Eevee and its seven mature forms are felid or canid (especially given how Espeon CLEARLY resembles a nekomata). Allow me to answer that:

Give a nickname to the newly hatched EEVEE? Kidding, foxes are born hairless.

Eevee is totally based off of the fennec fox (Vulpes zerda). The colors are a bit off and the fennec lacks the ruff of fur that becomes a different sort of collar in each of the first three Eeveelutions, but the resemblance is still darn close. The bushy tail, short snout, pointed ears and overall adorable appearance all say "I'm a Pokemon!"

Fennec foxes are native to the Sahara Desert in Africa. They are nocturnal foxes well-adapted to desert life with extremely acute hearing and adaptations that gather water as efficiently as possible. They are omnivores, eating everything from insects to eggs.

Fennecs are the smallest canid species alive - I am quite sure that some freaks have bred their dogs to be even tinier, probably with massive defects. (Only the Chihuahua is slightly smaller and considerably uglier.) 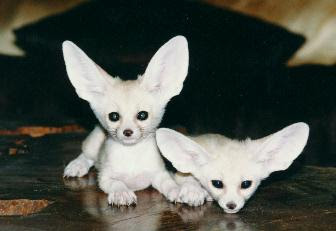 Those ears are effing huge and are the largest, proportionately, of any fox. Fennecs can hear their prey scurrying underground with those large ears. Plus, they're nocturnal; at night, hearing is more important than vision. Just ask owls and bats.

As one can probably imagine, these little foxes are popular as exotic pets. They are one of the two foxes thought to be properly tameable. This requires a little bit more work than with 'domesticated' animals, but really, you should do your research with those, too. (Why do you suppose so many dogs wind up in shelters, eh?) 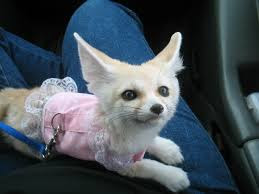 This outfit demeans both of us. You realize that, right?

Before you ask, no, you cannot use radiation to evolve a fennec into seven different forms. Radiation does weird shit to creatures. Just ask Japan.
Posted by KuroKarasu at 5:27 PM

Email ThisBlogThis!Share to TwitterShare to FacebookShare to Pinterest
Labels: Africa, canidae, carnivordiae, Who's That Pokemon?