Have you ever gone into a grocery store and wondered what kind of life your steak once had?  How about where those nice tomatoes in produce come from? Why can we make fresh, leafy stuff available year-round? If you're curious about all of the above, then you should watch Food, Inc.

Food, Inc., a documentary made by Robert Kenner, is all about the pastoral illusion and exactly why it is an illusion. The food industry is feeding you this image of an old-fashioned farm with a red barn, smiling farmer, and well-tended animals. That particular cake is a lie. That farm on your milk carton? Yeah, it doesn't look like that. It looks more like this:

"But I've already heard about factory farms!" you say. Several other organizations have done a good job covering factory farms. Some of them even do it better than Food, Inc. "Blah blah blah, meat is bad" is now a cross that carnivores must bear. We get it: 99.9% of all meat is poison. Just about the only thing that those of us well-versed in PETA-ese will learn in relation to meat is the story of Kevin. It's even worse than it sounds, and losing a kid to E.coli is already pretty bad.

Are vegetarians safe? Hell no. Corn and soy are usually genetically-engineered like crazy. If you see a fancy Greco-Latin name on something, it probably translates to "corn." Gods, sometimes I hate being in the nation's bread basket; Indiana, which is nothing but corn, is just a footstep out my door (not literally.) There have been several crazy people on the internet saying that corn is attempting world domination, but there's little difference between a faceless corporation and world takeover. 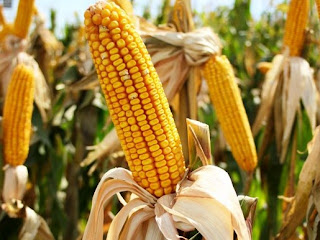 Now that food is a business, it follows that some companies want a monopoly. The two the movie mentioned were Beef Products Incorporated and Monsanto. BPI literally has cows all over the U.S., monitored by satellite and fed corn (which cows are not supposed to eat - they're supposed to graze).  Monsanto will investigate and arrest you if they suspect you of trying to break their beloved soybean monopoly. Monsanto's GMOs are already having adverse effects in lab rats. Not cool.

My favorite part, however, was the end. Not only do we learn that organic farming is a great alternative, but it assures us that our thoughts count. This is why the movie was not more popular: it does not support the machine. The higher-ups want a stupid, poor population. Do not give them one. Vote with your dollar. Watch Food Inc. the next time somebody tells you meat is murder; the ending is a real ray of hope.
Posted by KuroKarasu at 1:29 AM