"They Actually Eat That:" Porcupine.

Is there any vertebrate that sounds less appetizing than porcupine? It's big, and there's a lot of meat there, but it has spines, teeth, and claws to deal with. Granted, boars and bulls can be pretty nasty, but their skin won't turn your face into a bloody mess (plus, bacon). Who looks at a porcupine and goes "yeah, that looks delicious?" Well...a fair amount of people, actually. 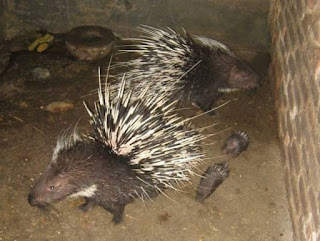 Wherever there are porcupines, people will eat them. They usually do not want to, though. Native Americans can and will use porcupines as meat during the winter. Kenya had a porcupine crisis in 2005 - the most logical solution, after the porcupines had dug up graves and destroyed crops, was to eat the buggers. This may have been dirty porcupine meat, but there is no greater revenge than eating the ones who ate your food.

Porcupine meat is not just for the non-industrialized, either. Porcupines are assholes, for lack of a better word, on a regular basis. They carry diseases, nibble on everything, stick you or others with their hair-turned-needles, and generally are just unpleasant to have around. Last year, people in Pennsylvania started eating porcupines, too- or at least made hunting them legal in the wake of a porcupine outbreak. Again, revenge. 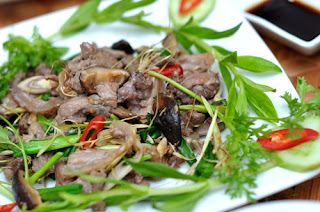 The practice of eating porcupine is still largely reserved for Native Americans and people with porcupine issues in the West, but China and Vietnam at porcupine regularly. It is so popular over there that porcupines are actually threatened. We knew that Vietnam and China ate almost anything. It seemed unlikely that they would hunt a rodent enough to cause a population decrease of 20 percent. Revenge? Noooo, this is just how Southeast Asia rolls. They even farm porcupines.

So how does it taste? Supposedly...weirdly good. It has been described as being "like duck meat, but with more flavour and very crunchy." That particular person actually liked it better than duck; given what I've seen from people's reactions to duck, that is quite the compliment. Maybe the Vietnamese are onto something.
Posted by KuroKarasu at 11:29 PM