(To put things in perspective for how tired a single visit with my brother's family can make me: I tried COFFEE and DDR MUSIC was out like a light.)

What? A bio-art entry on Saturday instead of Monday? Preposterous!

Thing is, I wanted to get this down while it was fresh. I saw The Amazing Spider-Man today and wanted to jot down my thoughts before they floated away. Rather than waiting 'til Monday, I figured, hey, this movie is actually wicked relevant to right now. It deserves its own entry ASAP.

So, let's get to it. I won't reintroduce the Spider-Man story since almost everybody knows it. Average guy Peter Parker is bitten by special spider, saves NY on a regular basis, yadda yadda.  What this new movie introduced, however, was a ton of neat science-related stuff that was meant to bring the setting up to date...but does it?

One of the big themes in The Amazing Spider-Man is cross-species genetics.  Both the 'radioactive' spider that bit Peter Parker and the Lizard resulted from genetic engineering. I will say that I actually like this change with the spider; saying that it was genetically spliced was a lot more plausible than anything radioactive. (Seriously, if it was, cancer would have been involved at some stage in the game.) Genetic engineering is obviously a favorite of sci-fi writers for creating really cool genetic freaks and filling in plotholes ("it's genetically-engineered, we can do whatever we want!").

Because I know people will ask,  no, geneticists do not work with spiffy holo-screens like they do at Oscorp. They have to test things over and over again on many, many little lab rats before even attempting human testing. Genes are also usually injected at the embryonic stage as opposed to during life. That one of the three-legged mice actually took a gene warp during life was a miracle in itself.

That said, some of the things related to cross-species genetics in the movie are outdated. "Fact or fiction?" Cross-species genetics is fact now, guys. It's been fact for a very long time. Transgenic foods stock our grocery shelves. GloFish are available at Petco. Ruppy exists, meaning that transgenic humans are getting closer and closer to existence. Designer babies are a thing. For a movie that uses Google and smartphones, it's stuck in the past. This could have been a really powerful statement about all the things that could go wrong with gene splicing, but we've come too far to go back to questioning whether things are fact or fiction. The line gets blurrier every day.

Then there's the Lizard himself. Let's get a few things straight with the Lizard: He was an amalgam of several different lizards (the creators keep citing "Komodo dragon," but they also say amphibians have scales and I know Komodos can't climb walls), the specimen shown in the splicing was some sort of agamid (likely an attempted green anole?), probably should have been using axolotl or planaria instead of lizards (they're far superior in terms of regenerative capabilities),  and despite being a herpetologist in canon, at least one thing he said was blatantly incorrect. This last point worries me the most:

"Reptiles are usually the top predators in their ecosystem."

Umm, no. That is blatantly not true, Mr. Herpetologist. I want to say roughly one-third of all reptile species are apex predators - that is, they have no natural predators as adults. The actual amount of reptilian apex predators is probably more like 1/4th, if not less, and then largely restricted to warmer climates. That is definitely not the majority of reptiles. I want to say this statement is so wrong that it just plain goes against common sense, but since common sense is not so common, here's a shining example of what I mean: 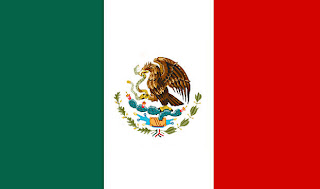 Take a good, long look at the flag of Mexico, sometime. It's a pretty darn well-known fact that eagles and other birds of prey eat snakes to the point where it is a staple in mythology around the world. Mongooses and honey badgers eat cobras, the most popular, intimidating snake in the world, on a regular basis. Apex predators they are not. The statement about most reptiles being superpreds is wrong on so many levels.

Do your research. This could have been a well-said reply about how reptiles dominated the Earth for a good long time, and still manage to be pretty effective today, relying on a combination of stealth, trickery, and power to survive. See? That's an epic answer to the same question. There was literally no reason to get this wrong, especially since the very adaptation that The Lizard was using to regrow limbs was a defense against predators. Why would a top-tier creature need to cut off its own tail and regenerate it?

What worries me about this is, of course, the implications in relation to the Burmese python problem. There is currently a turf war between two apex predator reptiles that is making all reptiles in captivity look really bad. If, suddenly, millions of people see all reptiles as dangerous, the results could be disastrous for the pet trade. I like to think that people have more common sense than that, - something, somewhere has to eat leopard geckos with how tiny and cute they are - but have learned not to get my hopes up. Someone wrote that line with the flag of Mexico against them. I would almost forgive them if it was meant to sound delusional. Almost.


Overall: Go see it (in 3-D!) as a solid introduction to Spidey, but don't expect super-accurate information. This is Spider-man's 50th anniversary, and it kinda shows. Still a good movie, but the inaccuracies and dated information jarred me.
Posted by KuroKarasu at 11:14 PM