First off, I love dragons. Any dragons. All dragons. That's why it makes me so sad to see European dragons pimped over all other dragon types; they're all cool, but European dragons (the kind with 4 legs AND leathery wings) are native only to monotheistic religions, so anything you have about them being a part of universal folklore is a load of BS. Yes, there are often things in lore systems that take the place of dragons (i.e. to be slain by a hero), but they are not all fire-breathing menaces. Nearly all of them either have snake in their names or are words (sometimes feminizations) for 'snake' themselves. The Western dragon is largely linked to monotheistic faiths which sought to make snakes even more evil-looking than they would be otherwise. 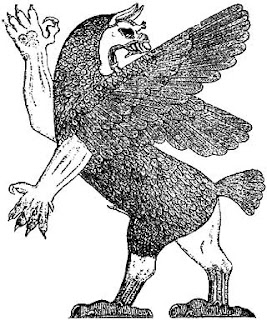 Tiamat also DOES NOT LOOK A THING like a Western dragon, contrary to what your D&D manual may tell you. One could argue about how she may have evolved into to Zoroastrian dragon, but that's still an instant alignment with Satan VS mother of all monsters. Seriously, D&D, fuck you.
You will see me use this image again. Sear it into your retinas.
That's a rant for another day. Today's lizard is as close to a dragon as you will ever see in your pathetic human lifetime. It is so much like a dragon that its scientific name, Draco volans, literally translates to "flying dragon."

D. volans is native to Indonesia (like half of the awesome things I write about), but ranges all the way from India to the Philippenes. As this video will tell you, D. volans (as well as the other members of the genus Draco) can glide from tree to tree using specially-modified ribs. As if to spite me, any videos showing this feat usually show a snake chasing after the dragon. (The irony. It burns.) 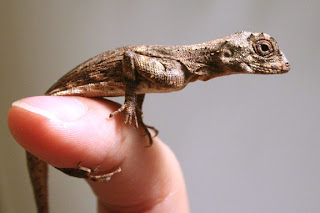 How cute!
Please note that, unlike Saphira and those pet dragons in a certain dragon movie, members of the genus Draco tend to make very poor captives. Real dragons would, too. 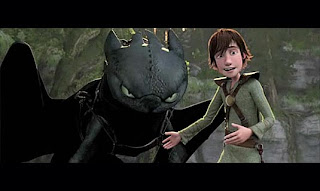 Oh, Toothless? He's just happy to see you.
Posted by KuroKarasu at 10:19 PM