Remember when I said that there was a little bit of confusion concerning the Thorny Devil? It was with this guy, the horned lizard (genus Phrynosoma). They are peaceful insect-eaters from the Southern deserts of North America. When a lizard from the North American deserts is getting confused with a desert lizard from Australia, you know something weird is up.

As with the whiptails, this unassuming lizard has a seriously effed up habit:

Yes, the horned lizard has fulfilled the dream of many an emo: Whenever it feels threatened, it ruptures small blood vessels in its eye sockets. This causes the blood to squirt straight into a predator's mouth. Supposedly, it tastes terrible to mammalian predators; no scientists have tested this theory by finding out for themselves. We like to think that the coyote in that clip left due to sheer "WTF?!"

At least no Jurassic Park dinosaurs have this adaptation. Pop music stars are another story. 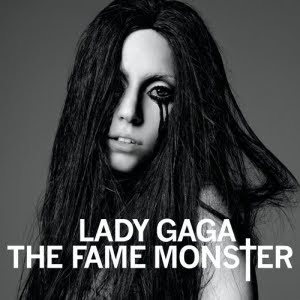 Oh, come on. She was overdue for this one.
Posted by KuroKarasu at 4:36 PM